The newly formed All-Party Parliamentary Group (APPG) for the Night Time Economy has launched an urgent inquiry into the devastating impact of Covid-19 on British nightlife.

The newly formed All-Party Parliamentary Group (APPG) for the Night Time Economy has launched an urgent inquiry into the devastating impact of Covid-19 on British nightlife. This comes as the night-time hospitality sector has faced debilitating constraints on operating due to the pandemic and ensuing restrictions.

The inquiry is being led by APPG Chair, Jeff Smith MP, who worked in the sector for several years in his earlier career. The APPG is calling for evidence from night time economy businesses, employees, freelancers and consumers to share their views on the challenges facing the sector, its importance to our society and economy, and how nightlife can be reopened. Consultations will run throughout the month of January for a report scheduled to be released in February.

Evidence for the inquiry can be submitted via an online survey accessed at: www.ntia.co.uk/appg

The group will also be contacting several Night Time Economy organisations and representatives from the Government and local authorities to provide written testimony.

The APPG was formed in December to provide a cross-party voice for the sector in Parliament. The group is supported by the Night Time Industries Association (NTIA), which provides industry insight and secretariat services.

The group believe their inquiry will be a significant step to uncover the extent of the crisis facing the night-time economy, to identify what further support will be required to save thousands of businesses from collapse, and to demonstrate how nightlife can drive the UK’s wider economic and cultural recovery post-pandemic.

Jeff Smith MP, Chair of the APPG for the Night Time Economy, comments:

“As we move now into a third national lockdown, there has never been a more important time for Government to address the urgent needs of Night Time Economy businesses, their supply chains and those that rely on them for employment. Despite playing such a vital role in our local communities and UK economy, nightlife businesses have been repeatedly overlooked by the Government, and we are determined to ensure that the specific challenges facing the sector are addressed. This inquiry will be a vital first step in our work.”

“Since March, we have seen the night-time sector berated, scapegoated and even blamed for rising infections. Our sector has slipped through the cracks of insufficient support packages and borne the brunt of ever-changing and inconsistent restrictions. We urge all those who work in the night-time economy, or simply enjoy a night out, to take part in the APPG survey to help policymakers understand the importance of our vital sector.” 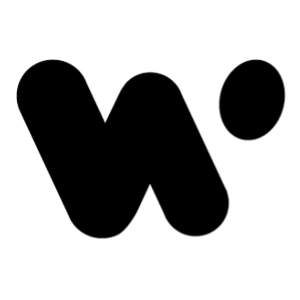 This is the Admin for Future Wood Green Business Improvement District (BID). If you cannot find the information you are looking for please either use our FAQ's or use our contact us page.
PrevolderRecover & Grow
newer£4.6 billion in new lockdown grants to support businesses and protect jobsNext

Strengthen your business, build your resilience and set the foundations to grow.

Apply for The Small Awards Today!

We are looking for a Project Manager